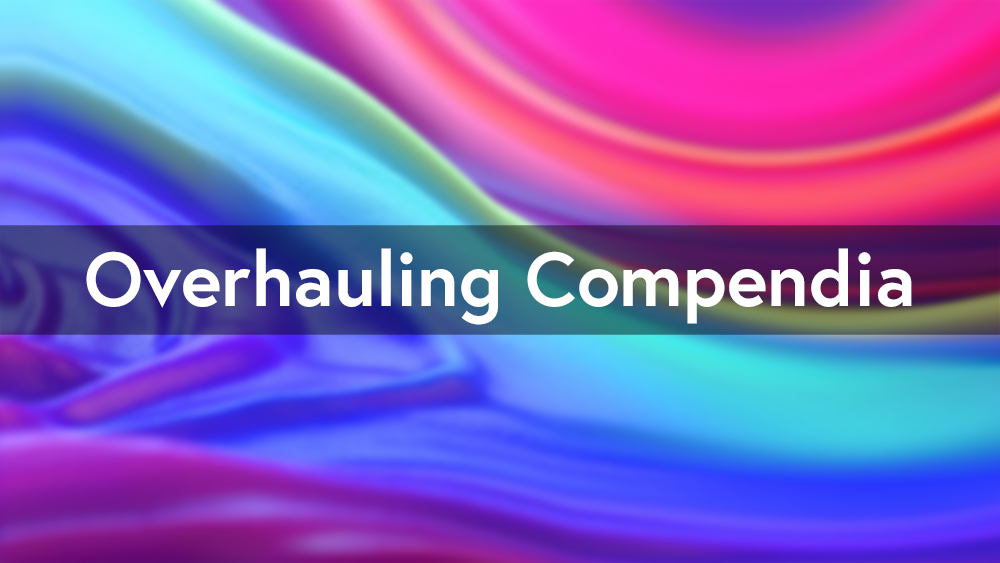 Today's web3 is built on a foundation of experimentation. An industry that evolves at an unprecedented pace, with projects coming and going, each of them pushing things forward by demonstrating what works and what doesn't. All projects together, failing and succeeding, form a brick in the road towards a stable and productive ecosystem.

With web3's extremely swift progression comes the realization that ideas that were exciting in the earlier years of web3 now seem outdated. For instance: ERC20 contracts without any real utility, algorithmic stablecoins, smart contracts where the only selling point is a twist on its distribution system, generic NFT collections with no use case, Ethereum knockoff chains, and stand-alone blockchains that are isolated from the existing web3 ecosystem.

Having built the blockchain for Compendia (on top of the ARK Core typescript blockchain framework), we recognize a number of shortcomings in our own decentralized database network project. Things that come to mind are the token emission model, the automatic retroactive rewards, being a standalone blockchain, isolated from the web3 ecosystem, and a lack of a real revenue model at the protocol level (e.g. ETH yield).

We want to address Compendia's shortcomings in this post and give insight on how we will ultimately build a better platform.

In short: Compendia will receive a complete overhaul. Including a new token economic model and protocol-level business logic with real yield potential. Built as a series of EVM-compatible smart contracts.

Better data on Coingecko, Etherscan, and other cryptocurrency apps

Currently, you can't easily find any relevant data for BIND because of its custom, one-of-a-kind supply implementations (i.e. the custom staking and block reward emission logic), and due to the fact that the token lives on its own blockchain.

BIND can therefore not be discovered on services like Coingecko. Only the ERC20 wrapper wBIND, without key data, can be found.

A new digital asset on Ethereum (and its Layer 2s) will let key services automatically show accurate ecosystem data and make BIND discoverable to their millions of users.

With our current infrastructure, you need to jump through hoops to acquire BIND. You need to bridge with a wrapper service, staking and LPing happens on two separate platforms, and there's no way to use web3 wallets like Metamask to interact with BIND natively.

The entire process of acquiring and using BIND can be streamlined if it's an Ethereum-native token. 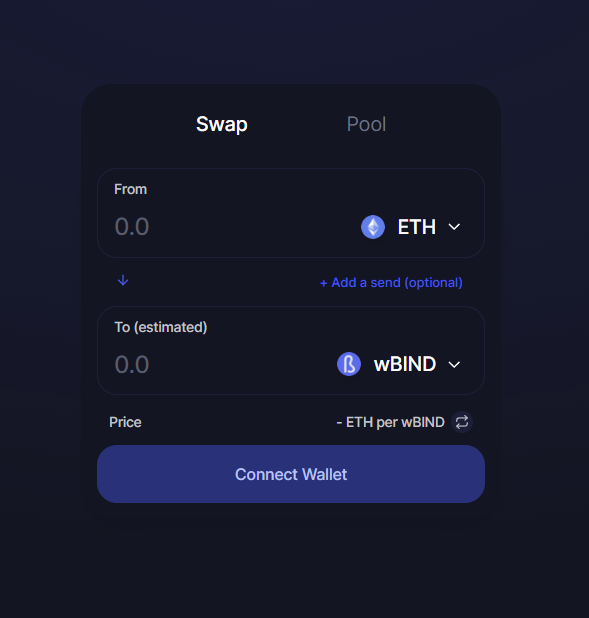 Web3 needs better ways to distribute and discover data, for instance to build a more decentralized OpenSea. Compendia is an ideal solution for that.

If Compendia helps solve core issues in the Web 3.0 ecosystem, which is built primarily on Ethereum, then having the solution on Ethereum makes perfect sense.

Compendia on EVM also enables smart contract cross-calls and allows us to build Compendia-powered oracle contracts, among other things.

Furthermore, airdropping (and claiming) digital assets is easier to execute when everything is connected directly to Ethereum and no time-limited "address registration" middleman services are required.

Previously there were no cost-efficient smart contract standards for token emission schemes. That played a large part in our decision to go with a dpos blockchain, where block rewards can be customized and distribution schemes (e.g. to reward database maintainers) can be serviced by validators.

Now, with the Solidity ecosystem having become much more robust, smart contracts can have cost-efficient solutions for token distribution, governance, yield generation, and unique core utilities.

However, token emission schemes as a protocol's core business model have proven to not be effective. Emissions are not real protocol revenue, not a stable form of yield, not sustainable as an exclusive reward system, and not stablecoin collateral.

Like many (if not most) web3 projects, Compendia currently relies on token emissions alone. An experimentative model that was originally promising but has proven to not make sense given the knowledge that we have today.

Everything surrounding web3 recently has shown that projects with real potential generate real revenue. It doesn't matter how emission/inflation is presented, or how attractive the emission sounds. Hundreds of projects have proven that emission as a primary revenue model is unsustainable.

For Compendia to become truly productive and rewarding, it needs to generate real revenue in real-world assets like ETH or stablecoins.

Finally, while a delegated proof of stake blockchain can be very effective in many ways for various use cases, a decentralized data network cannot expect both voters and validators (or delegated curators) to permanently contribute to the ecosystem to form the network's core utility. No protocol should be completely dependent on a constant stream of outside contributions to function. 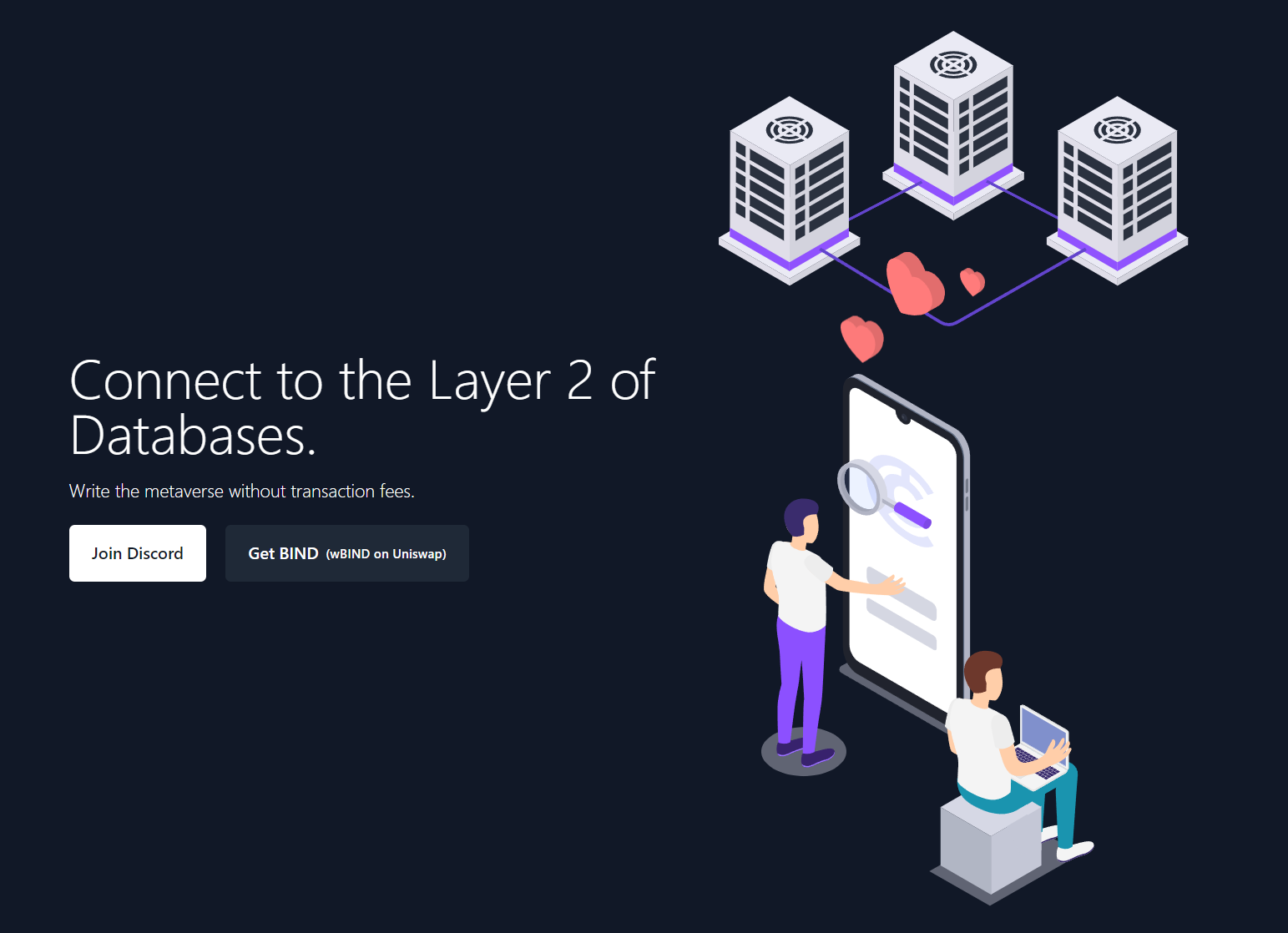 We started building Integrin because we needed a decentralized bridge between BIND and wBIND, but with these planned changes, the recent exploits of other bridge protocols (bridges being the #1 most exploited type of protocol), ARK Core evolving to Bearmint, and new EU-wide regulations on hosted and custodial wallets, it has become apparent that there are too many risks involved for all parties while no longer offering any additional utility to BIND holders. Therefore we have decided to sunset the development of Integrin.

Users who tested Integrin in hopes to receive an ITG airdrop will instead also receive Randomizer's protocol tokens (see next paragraph).

Part of Compendia's overhaul includes an element of randomization. However, a low-cost solution that generates random numbers on Ethereum L1 and L2, with payments settled in ETH, currently does not exist.

This is why we're building Randomizer, a VRF (Verifiable Random Functions) protocol for Ethereum.

Note that this is no distraction from Compendia, rather a core element of the protocol's future that will also benefit many other protocols and smart contracts. An essential step to Compendia's overhaul. This is also why Randomizer has its own project title rather than "Compendia VRF". To clearly indicate its purpose: bringing randomization to all smart contracts.

How will this benefit BIND holders? You will not only receive the new token of Compendia's future protocol, but also Randomizer's separate token, for free.

A new foundation to build upon

We delivered a system with experimental features that were promising at the time (web3 in general is still in its experimental stages), but we recognize its shortcomings.

We also realize what makes up a solid web3 protocol with a solid long-term outlook: complete objectivity with a solid real yield business model.

A full remodel of Compendia's protocol is required. The foundation is already set. Several smart contracts (stand-alone and extensions) have been written from scratch, and the protocol's business model is laid out.

The mission of Compendia will remain to be a decentralized real-time data distribution ecosystem, but with all the qualities that make up a great web3 project today.

The first step on this endeavor is Randomizer. With all the developer interest we have already been getting on Arbitrum and zkSync, we're confident that Randomizer will bring a newfound interest to Compendia's ecosystem.

The next step is a new, completely overhauled Compendia.

If you have any questions, feel free to reach out on our Discord.

Ready to join? Get BIND today. 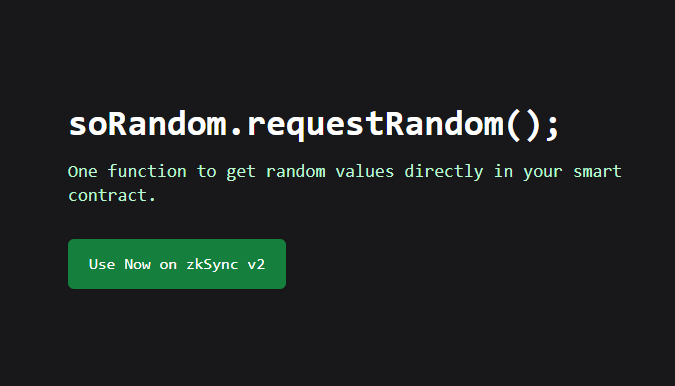 Our Random Number protocol is out now on zkSync's Layer 2 Testnet! 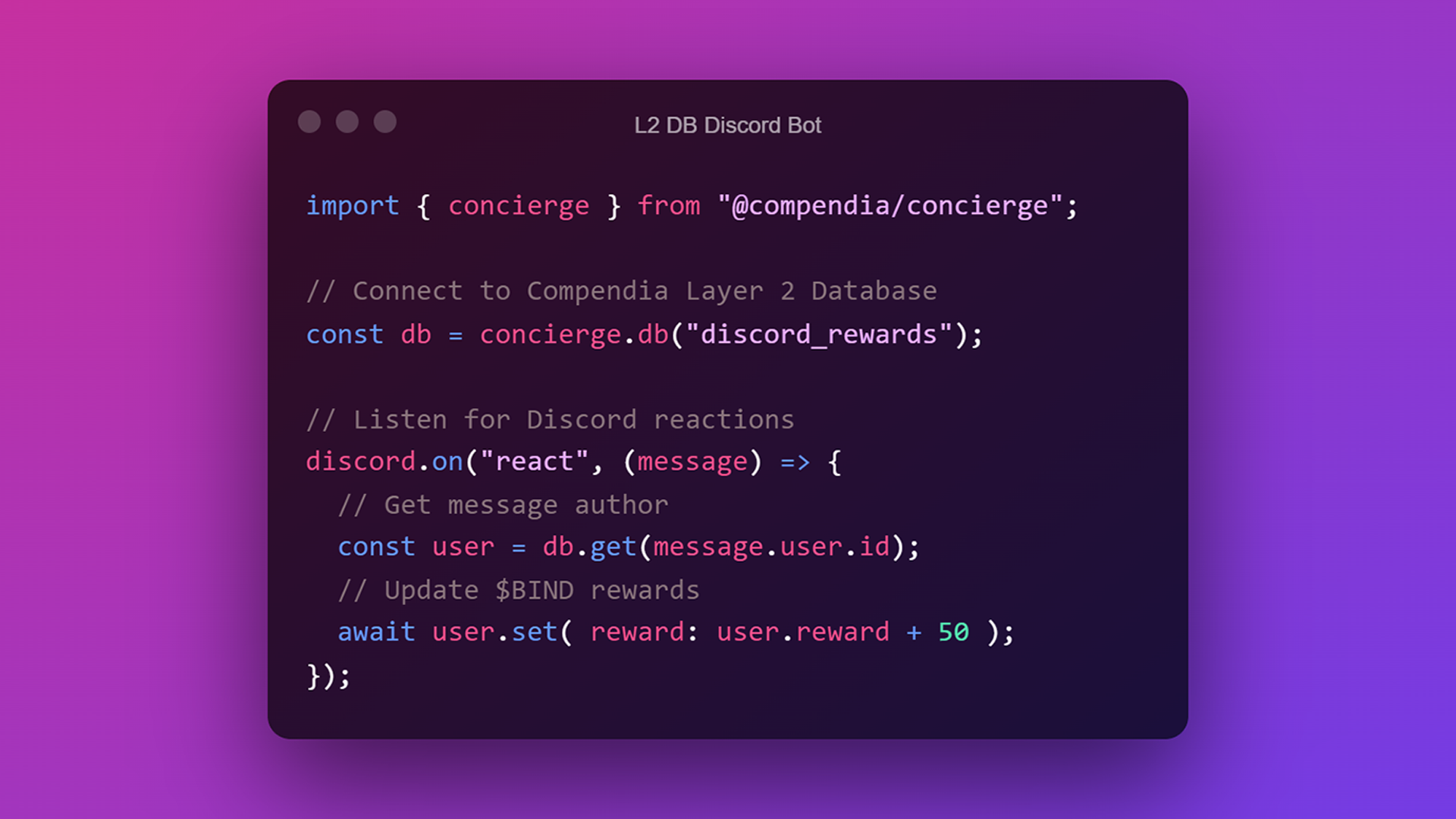 How thousands of Discord users are powered by Layer 2 Databases

Compendia's Database Network already powers thousands of Discord users and they may not even know it. 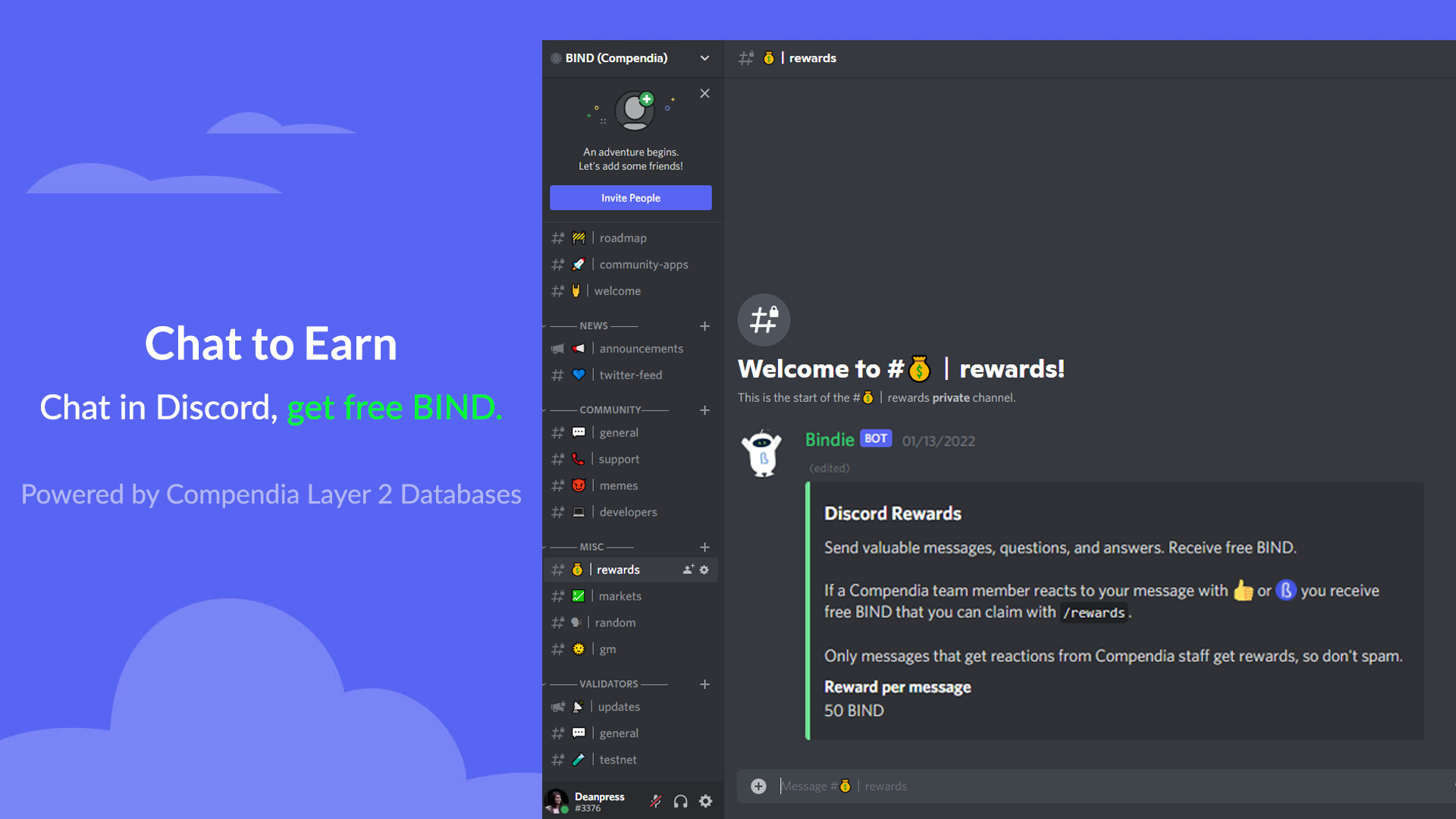